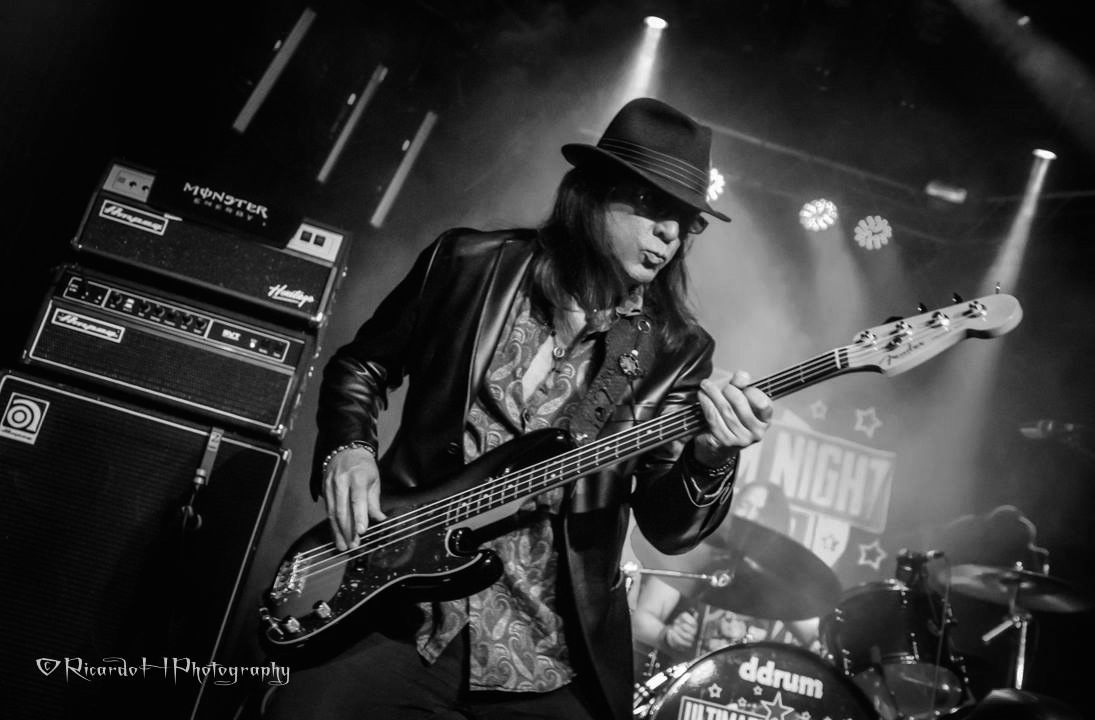 Chuck Wright is a California born Bassist/ songwriter/ graphic designer/ show producer, best known as the Bassist of the multi-platinum heavy metal band Quiet Riot. He originally joined Quiet Riot in 1982, performing Bass on the tracks "Metal Health (Bang Your Head)" and “Don’t Wanna Let You Go” on their 1983, 10 million selling, #1 album, Metal Health, as well as contributing backing vocals. He left and rejoined Quiet Riot multiple times, most recently rejoining in August 2005 for their “Rock Never Stops” tour and has continued touring with Quiet Riot until the untimely passing of lead singer Kevin DuBrow in October of 2007.  After a three year hiatus, the band reformed with a new lead vocalist and began touring again in 2010. He is featured in the Quiet Riot documentary “Well Now You’re Here, There’s No Way Back” airing on Showtime. Chuck's career in mainstream Rock, first took off with his band Giuffria's hit "Call To The Heart" in early 1985. After sold out arena tours with Deep Purple then Foreigner, he left Giuffria to re-join Quiet Riot in 1986, recording and writing songs for their QR3 release and supporting world tour.

His reputation as one of the most sought after bass players later landed him working with such music icons as Alice Cooper, Slash, Gregg Allman, Carmine Appice, Ronnie Montrose, John Waite, and Pat Travers. He has over 90 International record releases and has played Bass and produced albums covering styles from Ambient Trance, to Reggae to Rap to Country to Rock. Chuck has toured the world performing from Moscow to Tokyo since 1985.

Chuck is still currently touring with Quiet Riot and is an in demand session player and performs live in various Rock acts as well as his Los Angeles eclectic local group, Acoustic Saints.  He is endorsed by Ampeg, Godin Guitars, CAD microphones and Sick Boy Motorcycles.