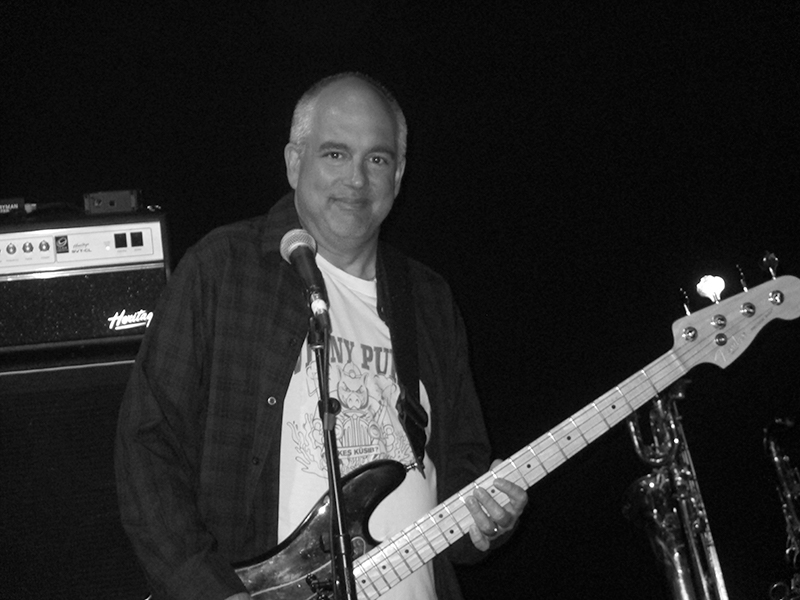 Rocky and the Rollers / Bowzer / The JDJ Project

Since 1998, Jimmy Miller has been the bassist/vocalist for 50’s-60’s-70’s band Rocky And The Rollers, performing both on their own and as the house band for ex-Sha Na Na singer Bowzer’s Rock And Roll Party shows, backing up over 200 of the biggest names of the early days of rock and roll, including stars such as Gary U.S. Bonds, Chubby Checker, Lesley Gore, Sam Moore, Little Anthony And The Imperials, Freddy Cannon, and Peter Noone of Herman’s Hermits.

A childhood of playing drums and guitar and the amazing discovery in his teens that bass contained elements of both, Miller was hooked on bass. Coupled with the knowledge that there were plenty of drummers and guitarists out there but not nearly as many bassists, Miller figured he could always find a gig by playing bass.

"I need versatility in my amp since I play a lot of different styles of music during a typical show, and I need it to be easy and quick to find great tones. Whether delicate or raging or anything in between, and whether I’m playing electric or upright bass, Ampeg amps always give me what I need. It’s almost as if they read my mind. They’ve defined the standard in bass amplification for close to seven decades now, and they’ve defined my sound since I started playing professionally." - Jimmy Miller