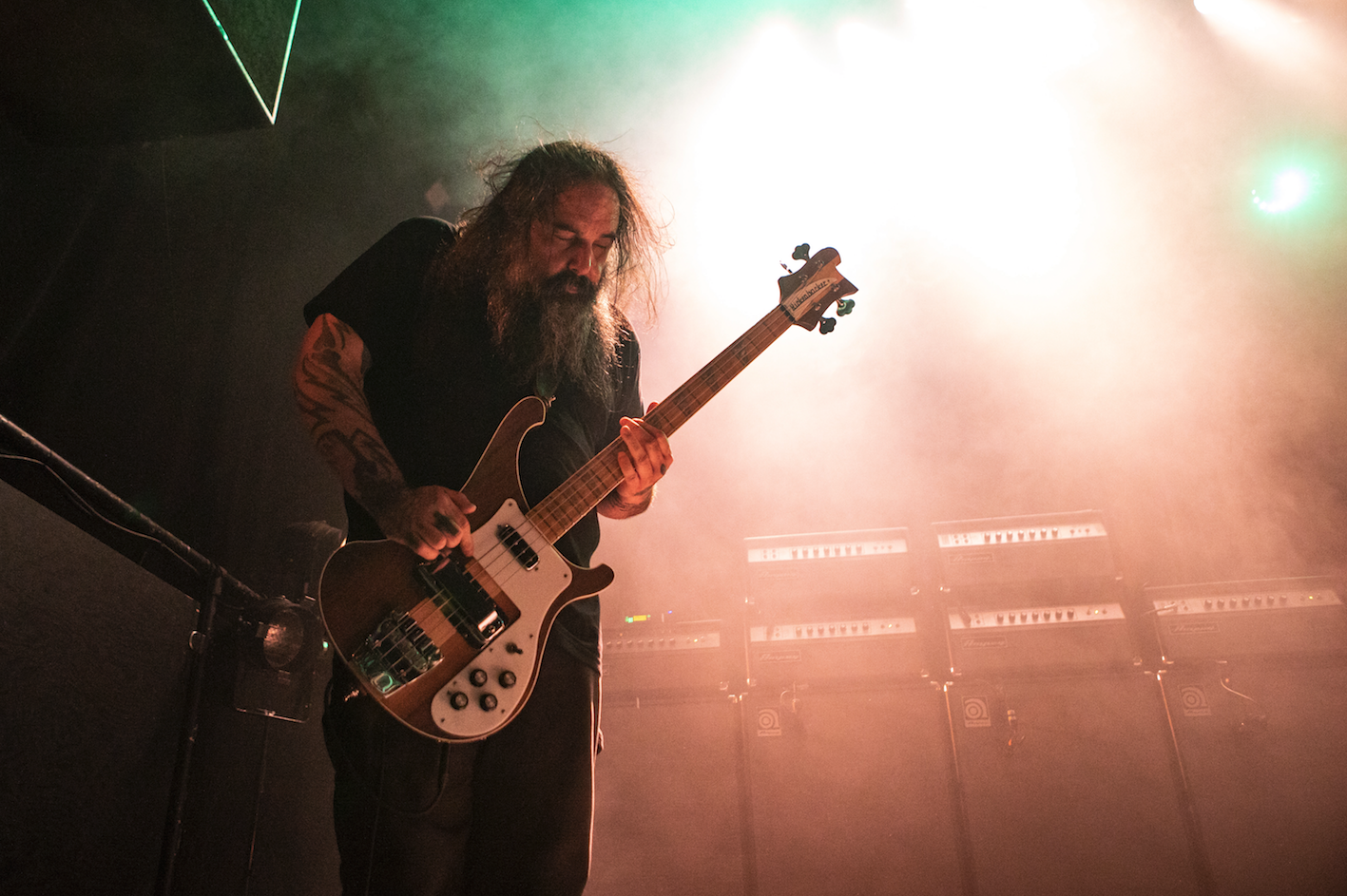 Al Cisneros started his long musical career with Asbestosdeath way back in '89, which would later change their name to Sleep, one of the pioneers of the early Stoner Doom genre, and crowd favorite.  Some would even say they are the ultimate stoner rock band, and I can see why.

After Sleep broke up, the rhythm section continued on as OM; a two piece band musically similar in structure to Tibetan and Byzantine chant. OM continues to tour and rock venues typically longer than most bands have stamina for, such as the 2007 performance in Jerusalem which lasted over 5 hours!

Of course, Al's near literal wall of Ampeg is key to his sound (I'm serious, his rig is both impressive and wall shaking), and certainly fits his huge stage presence.