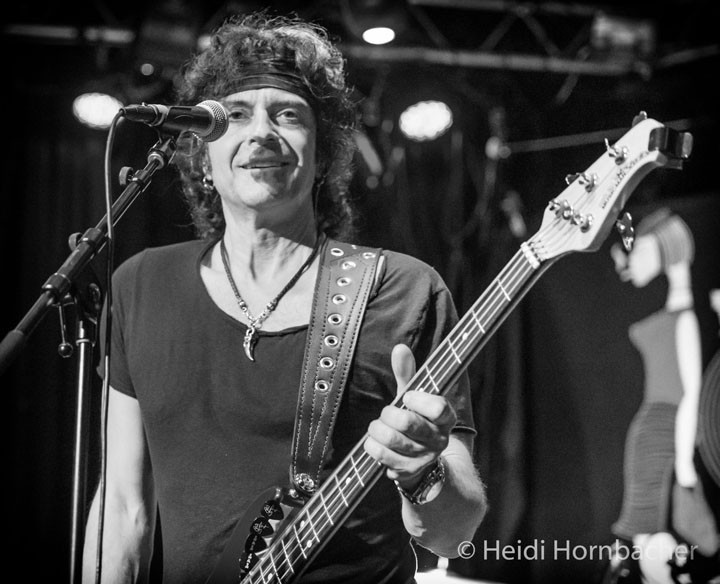 For more than thirty years now, songwriter/singer, bassist and solo artist Phil Soussan has been laying down the foundation upon which some of the greatest rock and roll has been built, working with the biggest names in the music business.

From Jimmy Page, Ozzy Osbourne, Billy Idol and Vince Neil to Johnny Hallyday, Steve Lukather, Edgar Winter and John Waite.  As a songwriter he co-wrote the Ozzy megahit - "Shot in the Dark", much of Vince Neil’s “Exposed" and Steve Lukather’s "Luke" albums and the song "After You're Gone" for Toto, which was nominated for a Grammy.

Between 2008 and 2014 Phil served as a Governor and then Vice President of the Board of the Recording Academy (the Grammys).

Phil released two solo albums to great critical acclaim; “Vibrate” in 2006 and “No Protection” in 2012 and his songs can also be heard in feature films such as “13”, “HISSS” and “Homefront” as he continues his work in film music.

Being a formative member of the celebrity supergroup Big Noize together with Vinny Appice since 2006, he also appears as a regular in the star-studded award winning “Raiding the Rock Vault” show in Las Vegas.

Phil is now touring as a member of "Last In Line" the original band formed around the original "DIO"  members.