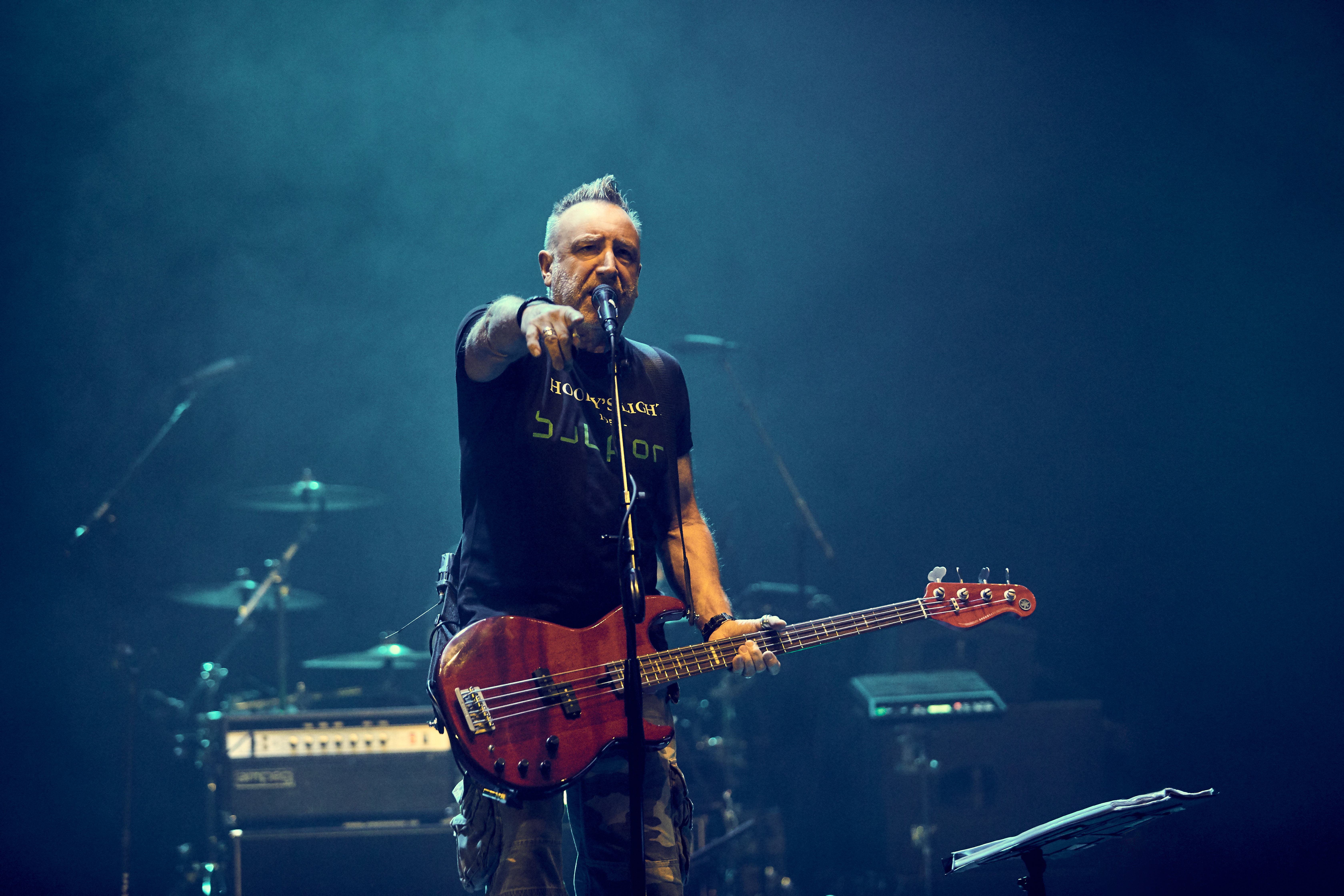 Peter Hook is an English bassist, singer, songwriter, composer, multi-instrumentalist and record producer. He is best known as the bassist and co-founder of the highly influential English rock bands Joy Division and New Order. Hook often used the bass as a lead instrument, playing melodies on the high strings with his signature heavy chorus effect, which led to ‘Hooky’ becoming one of the most distinctive & celebrated bass players of all time.

Hook formed the band which was to become Joy Division with Bernard Sumner in 1976. Following the tragic death of lead singer Ian Curtis in 1980, the band carried on under a new name as New Order, who would go on to release the biggest selling 12 inch single of all time (Blue Monday). Hook played bass in New Order until his departure in 2007.

Hook has also recorded one album with Revenge (One True Passion), two albums with Monaco (Music for Pleasure and the self titled Monaco) and one album with Freebass (It’s a Beautiful Life), serving as bassist, keyboardist and lead vocalist. He is currently the lead singer and bassist for Peter Hook and the Light, which is the vehicle that Hook has used to perform the Joy Division & New Order back catalogue at live shows for the last 10 years. The band have toured internationally since 2010, releasing a series of critically acclaimed live albums along the way. They have become known for their high energy, 3 hour long live shows.