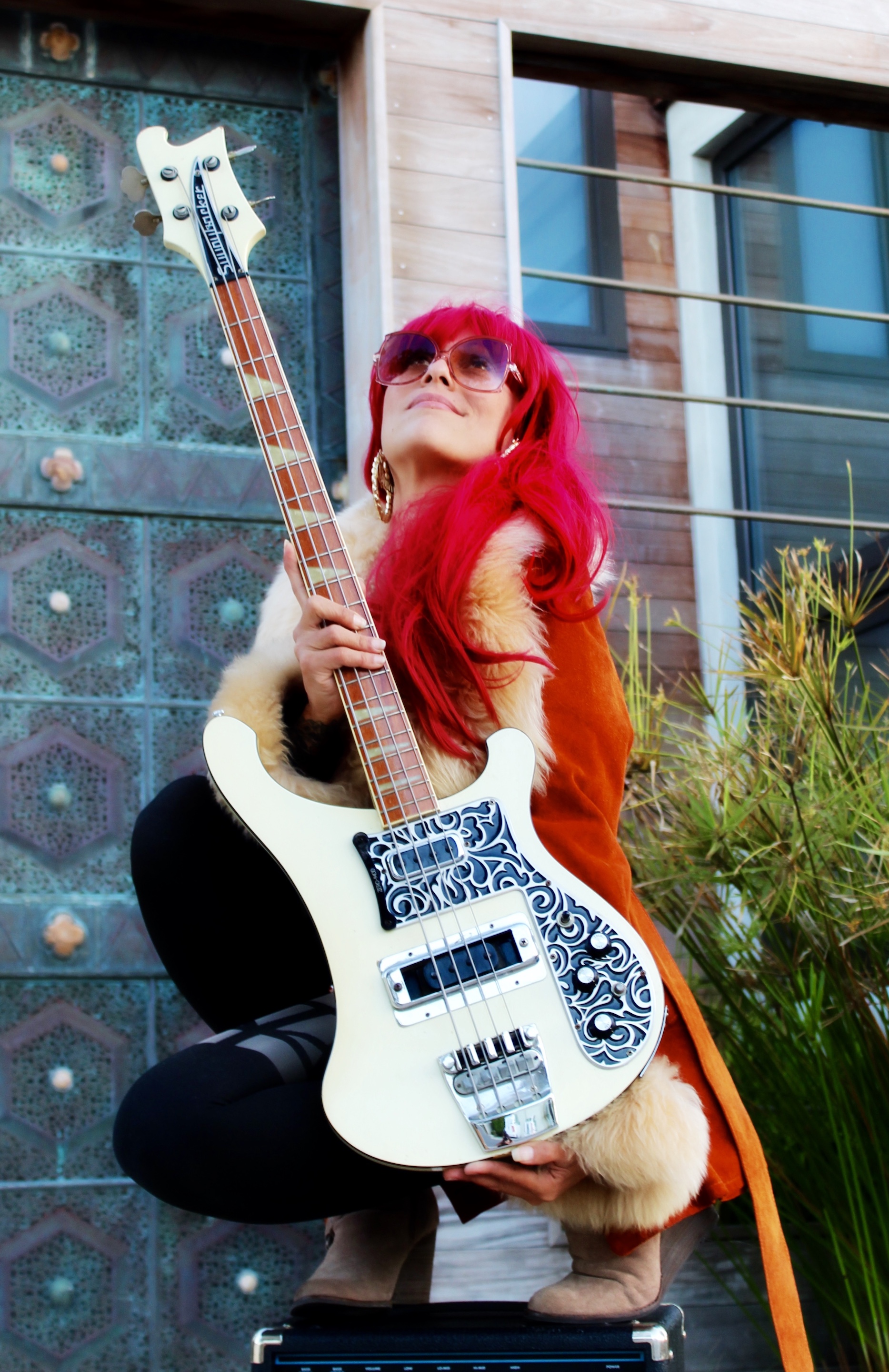 Sunshine's been touring and performing across the country in recent years yet her life has always been dedicated to the pursuit of excellence in bass guitar.  From a very early age Sunshine was inspired by the musical women in my family who for generations passed along a love for playing and listening to music. They’re guidance lead her to pursue music and eventually receive scholarships for jazz performance.  While attending conservatory  she performed with legends such as James Moody, Maynard Ferguson, Peter Erskine and the late Ed Shaughnessy.

Growing as a working musician Sunshine spent her formative years performing with regional cult favorite Ska/Reggae outfit Monkies Doing It.  For 7 years they built a following across TX eventually landing in Willie Nelson’s former studio in Austin where among many others Sublime had recorded their self-titled album.  Needless to say it was a dream come true. All things have their season and when Monkies Doing It disbanded she left for the live music capitol I had fallen in love with during that session.

While continuing to pursue live music in Austin Sunshine grew her other passion, feeding the the homeless. Now operating on the industry side of music she coordinated efforts between the Austin Food Bank and many organizations like SXSW and Austin Reggae Festival.  Bridging the gap between music and helping those in need was one of her life's greatest honors.

After a long sabbatical traveling the country, Sunshine moved to Santa Cruz, CA.  Reggae music had become her greatest passion and in continuing that pursuit she toured and performed with Johnny Love & the Dankadelics while working with local group Charlie Don’t Surf.  One of her most prolific periods she continued to perform with TX bands Picklefish and The Sunshine Collective while recording and producing Sunshine Sessions in Austin TX. When home from the road Sunshine attended Women Audio Mission in San Francisco learning vital skills in creative technology for music, radio, film, television and the internet.

As Sunshine's music career grew so did her online presence which would eventually grab the attention of Soltribe who recruited her as a permanent member of the lineup.  Upon joining almost immediately they began tracking in the studio and set out on a West Coast tour.  While continuing to tour and perform Soltribe's recording was mixed by veteran engineer Mark Sinko who worked with Jimi Hendrix and Paul Simon to name just a few

Their E.P. “New World Criminals” was released Oct 2017 alongside a fall tour with the same name.  The music video for their lead single “Rescue” hit over 100k views in its first week and was dubbed “one of the best song/video’s of 2017” (Jamsspace Magazine). Fueled by critical acclaim and a growing fanbase while on tour they began tracking their follow up EP in the mountains of Colorado with a release date targeted for 2018.

These days you can find Sunshine on the road with Soltribe, working with industry insiders, in her home studio, or keeping up with friends and fans through my social media pages.