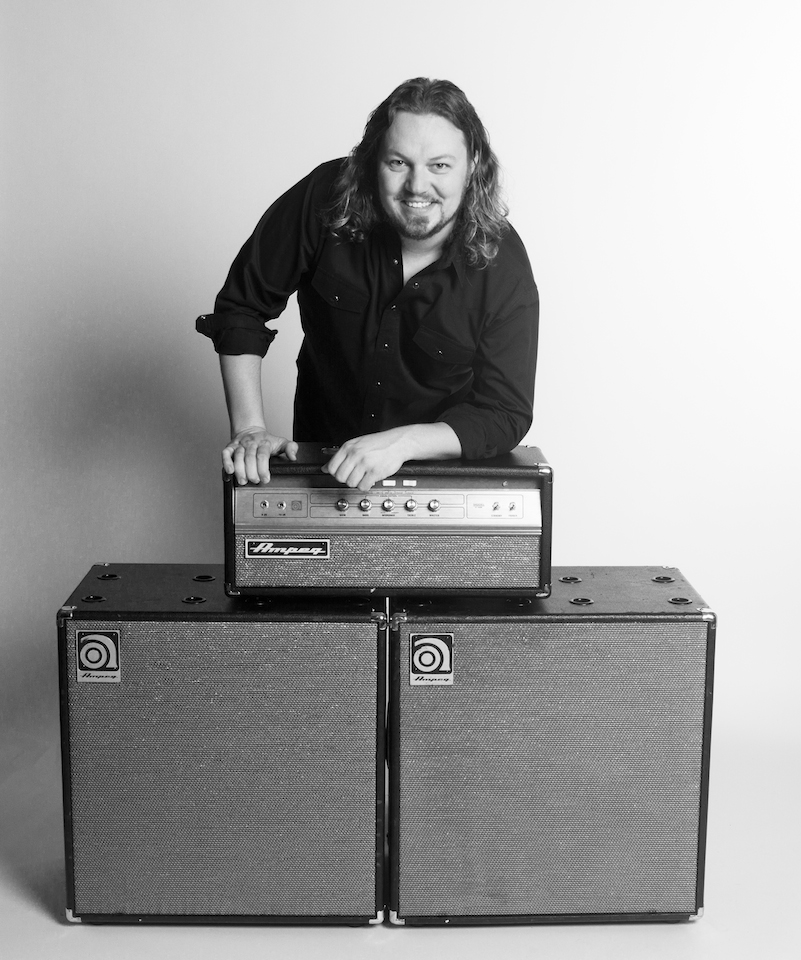 Born in Wisconsin to an artistic mother and a full-time musician father, Johnny Stanton

began his musical journey at an early age. His father, David Stanton ignited Johnny’s interest in music by bringing him along to his band rehearsals and filling their home with an eclectic mix of music, playing everyone from Delbert McClinton or The Band to- Muddy Waters, Little Feat and more.

In 2006, having spent two years in New York, Johnny moved to Nashville where his talent and charismatic stage presence quickly made him an in-demand, go-to bass player on Lower Broadway. He has scored regular gigs with Tyler Farr, Scott Collier, Leslie Craig, Lewis Copeland, Anna LaPrad and Bobby Davis, among others.

When Johnny is not on tour with southern rock band- The Steel Woods, he is in the studio playing bass or applying his expertise to producing new artists. He has performed or recorded with numerous artists including The Sam Lay Band, Jaron & the Long Road to Love, Heidi Newfield, Shooter Jennings, Trent Tomlinson, Radio Romance, Willie Earl King, James Solberg, Junior Brown, Jessi Colter, David Lee Murphy, Wayne Baker Brooks and Mickey Larson and has even shared the stage with ZZ Top. Johnny has also appeared on The Late Late Show with Craig Ferguson (CBS), the Academy of Country Music Awards (CBS), and Imus in the Morning (FOX).