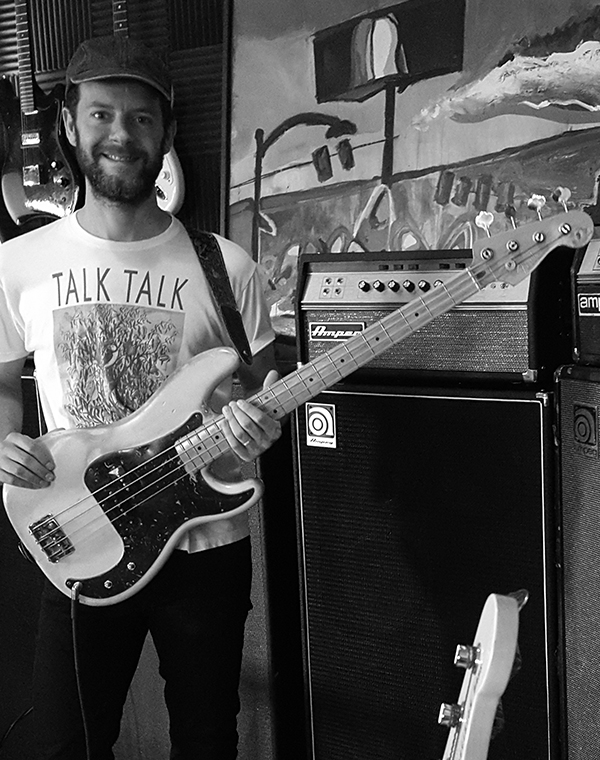 The War on Drugs

As a founding member of American psychedelic-rock visionaries The War on Drugs, Dave Hartley has expanded his playing in lockstep with the band's ever-growing sonic ambitions. From their lo-fi basement origins to the massive anthems on their 6th album, I Don't Live Here Anymore, Hartley's bass lines have kept the Drugs rolling down the highway for over 15 years. His over-driven, syncopated finger-dance on "Victim" is just one highlight from an album that also features nuanced minimalist playing ("Living Proof", "Harmonia's Dream") and front-and-center melodic work ("I Don't Wanna Wait").

Though the highlighted low-end is a recent development, the parts have been there all along: check out the John McVie-inspired groove on Future Weather deep cut "Comin' Through", the tucked-in but playful bass work on Wagonwheel Blues opener "Arms Like Boulders", or the slinky fretless line on Lost in the Dream's breakthrough-single "Red Eyes".