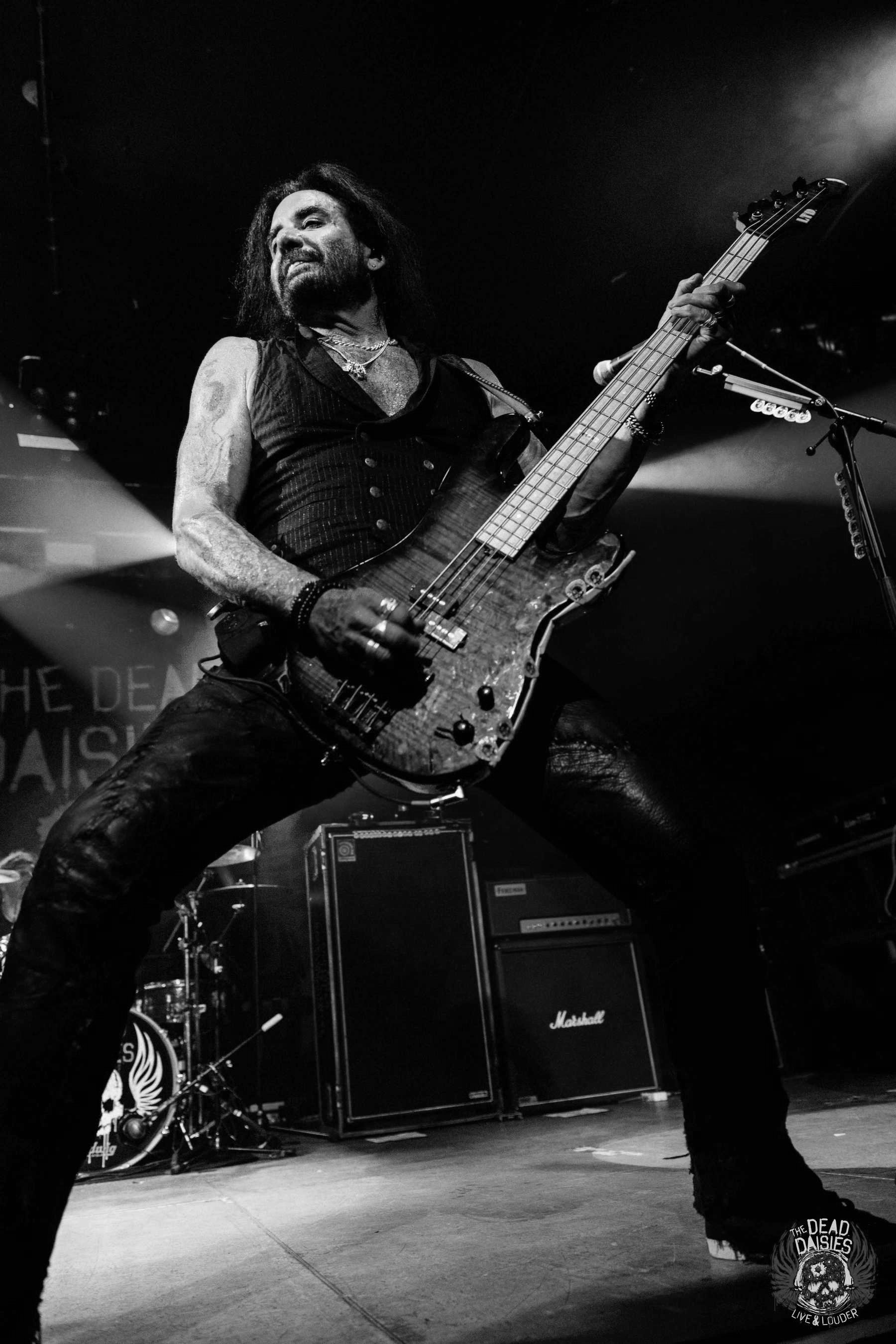 In the world of bass guitar there is not much Marco can’t do or hasn’t done. He has recorded and toured with some of the biggest names in the rock and music such as Blue Murder, John Sykes, David Coverdale, Whitesnake, Thin Lizzy, Ted Nugent, Lynch Mob, Neal Schon, Dolores O’Riordan of the Cranberries, and his current band The Dead Daisies. The list literally goes on and on!

Marco is a dynamic live performer who is equally at home at a huge stadium as a small jazz club. He can cover just about any musical style from jazz, fusion, world music, Latin groove to all out hard rock. In addition he is an accomplished vocalist who has written and recorded two highly acclaimed solo albums, ‘Live for Tomorrow’ and ‘Casa Mendoza’.

If all that wasn’t enough Marco is a true ambassador of music who always takes time to meet fans, do clinics, and give great interviews where he is always open and honest about where he has been and where he is going.

With his current band, The Dead Daisies, he has recorded two studio albums (‘Revolución’ and ‘Make Some Noise’) and a live album ‘Live &amp; Louder’. They have rocked stages from Cuba to Australia and everywhere in between. Make sure to catch Marco with the Dead Daisies or with his solo projects when you can!