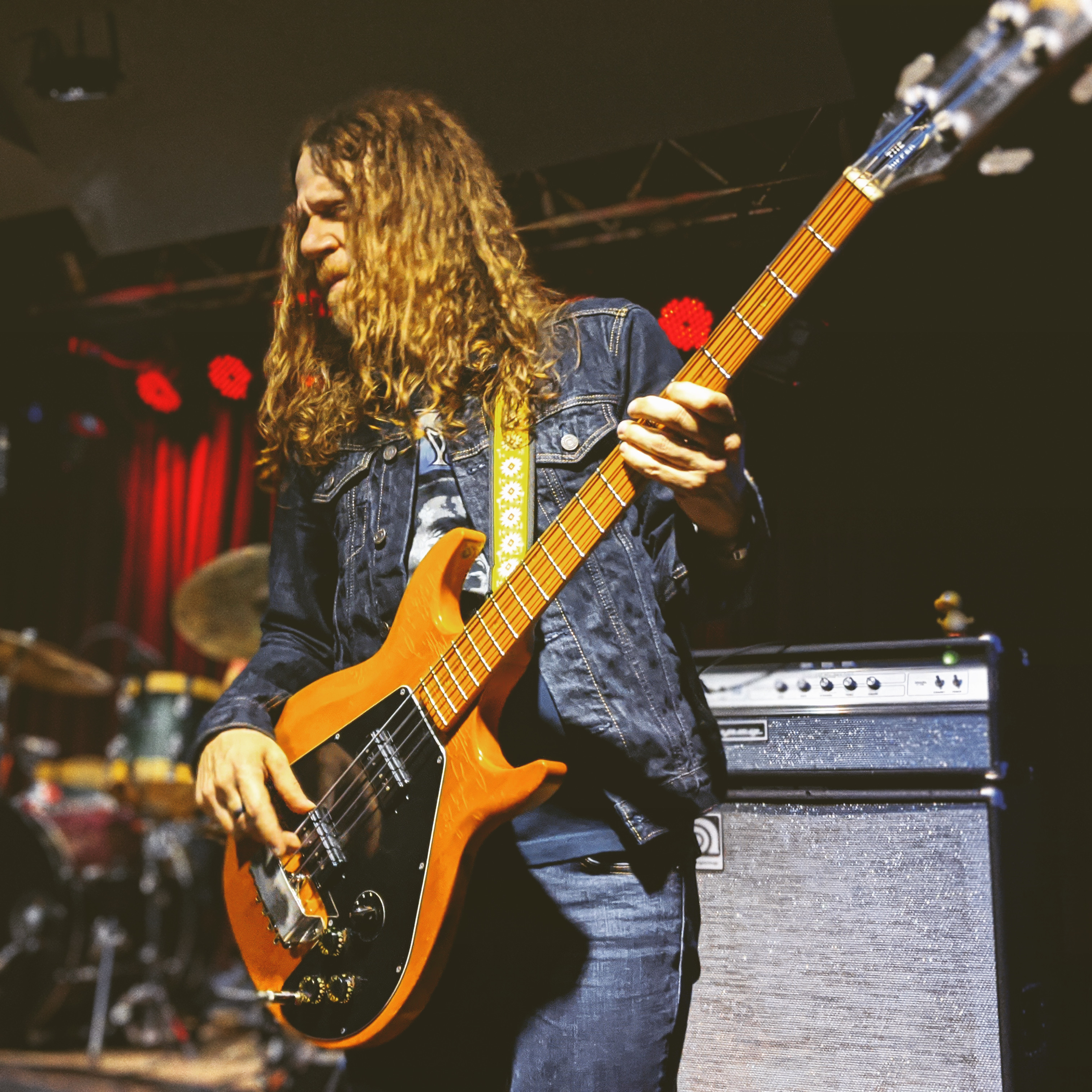 Tod took an interest to music early on in life and his first musical influences were shaped in the 70’s by his mom’s records… the upbeat songs of Motown, The Beatles, Rod Stewart, and The McCoys, to name a few.  In high school, he was convinced by friends to pick up the bass guitar and join their band.  Learning by ear, Tod quickly became efficient on the instrument, and after the first live gig he was hooked, and knew he wanted to be a “lifer” musician.  Then he discovered groups like the Stones, Allman Brothers Band, Cream, Sly &amp; the Family Stone, Free, and classic blues artists, like Muddy Waters &amp; John Lee Hooker, this shaped a big “musical educational” period for Tod.  In 1998 he helped form The Steepwater Band along with Jeff Massey &amp; Joseph Winters, and over 20 years released 6 studio albums, 2 live albums, a few EPs and numerous singles. Steepwater notoriously known as road-dogs, performed well over 2,500 gigs worldwide, including supporting amazing artists like ZZTop, Gov’t Mule, Wilco, Buddy Guy, Drive-By Truckers, T-Model Ford, Bad Company, Leon Russell, Blackberry Smoke and Taj Mahal.

In 2019 he parted ways from Steepwater, and quickly was recruited by Manx-born musician Davy Knowles for his band.  Shortly after joining the group, Davy was signed by Mascot Label Group/Provogue Records, and with a new album planned for release by late 2020/early 2021.

Tod resides in Uptown, Chicago, just blocks away from the Wilson Windsor Apartments, where Everett Hull began work on his invention of the amplified peg or “Ampeg.”

“Taking example from my influences, I pride myself as always playing for the song, although I love to take bass into my own original direction at times… a Duck Dunn meets Jack Bruce approach. I love having a fat tone, full of cutting mid-range, with a touch of grind. And helping me achieve that tone is my amplifier of choice, for over 20 years, Ampeg. Needless to say, I’ll always be an Ampeg guy. Nothing sounds as good to my ears, period. ” – TMB