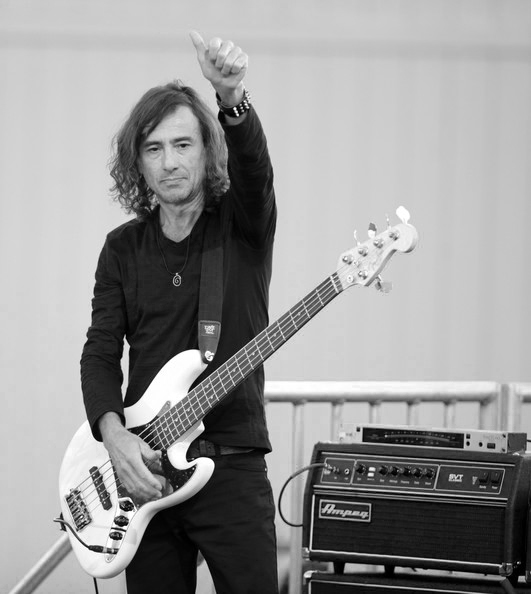 Juán Calleros is the bass player of the most famous Latin Band of all time: Maná.

When he was a teenager, Juán along with Fher Olvera (Maná’s lead singer) started a band named “The Spies of Green Hat”. They played covers from bands they admired; like The Beatles, Led Zeppelin, Rolling Stones and The Police.  Later, they started to write music in Spanish and after some changes in the band alignment, they transformed to Maná.

Juán is well know for his shyness, it’s really unusual to hear him talk in an interview, but he breaks that silence with his bass every concert night when he delights the fans with the amazing rhythm that he seeds in every Maná’s song.

Nowadays Juán is touring with Maná on their Cama Incenciada World Tour, which will take them on a 2 year journey for more than a hundred cities along USA, Mexico, Central and South America, Europe and Israel.