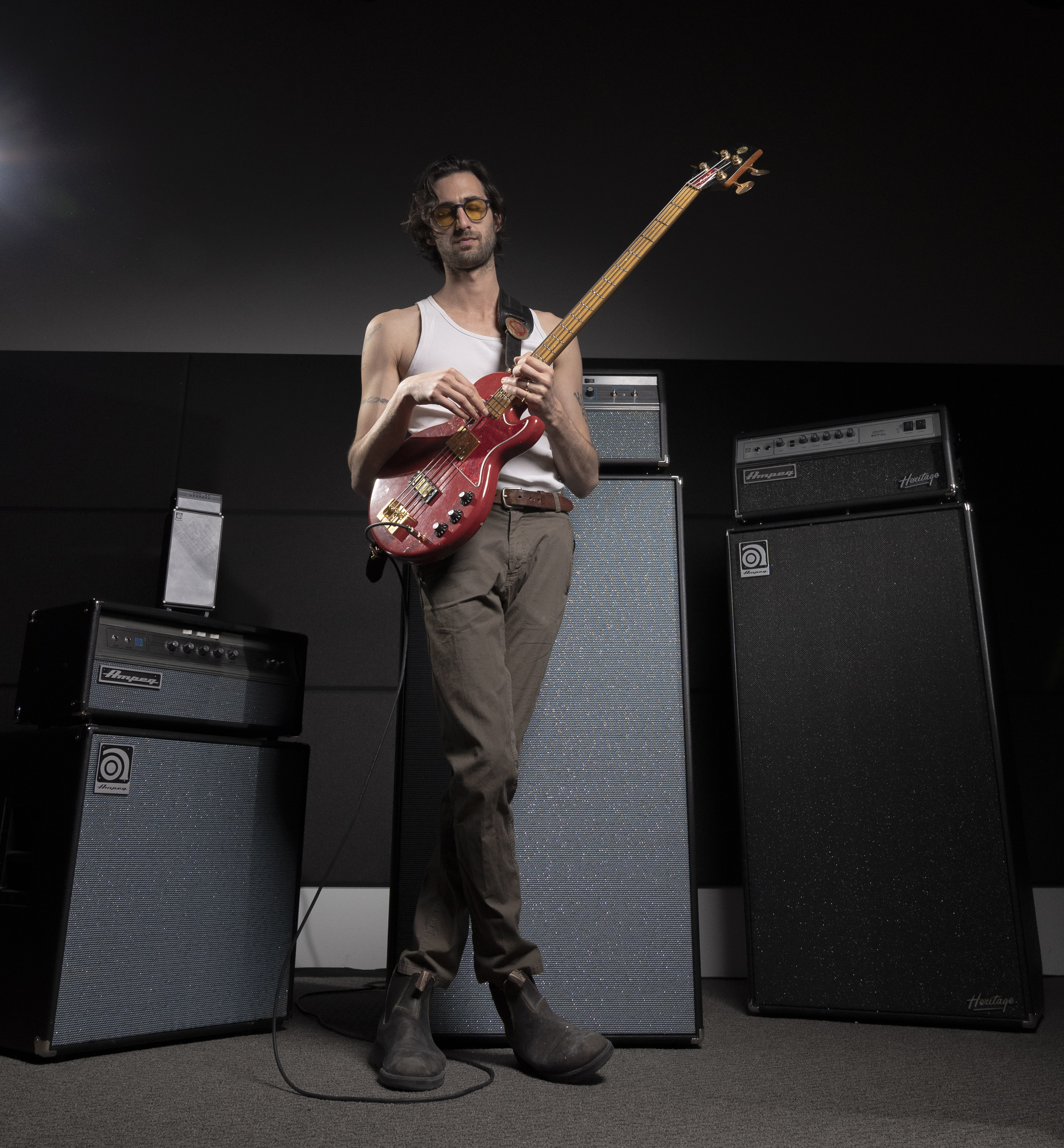 In 2009, Dawes emerged from the ashes of California combo Simon Dawes with their debut album North Hills, which drew instant acclaim for its rootsy revitalization of classic L.A. rock. They followed their debut effort with 2011's "Nothing is Wrong," which led to a VH1 You Oughta Know Artist nod and touring opportunities with My Morning Jacket and Mumford & Sons.

For their third studio effort, 2013's Stories Don't End, Dawes teamed up with producer Jacquire King (Kings of Leon, Norah Jones, Tom Waits) to create a record which is not so much a departure from the quartet’s previous efforts as a distillation of them. It spotlights the group’s maturing skills as arrangers, performers and interpreters who shape the raw material supplied by chief songwriter and lead vocalist Taylor Goldsmith into an artfully concise and increasingly soulful sound.

Bassist Wylie Gelber is a LA native who picked up the bass at the age of 9 , and has been playing and loving an Ampeg SVT ever since. He is a founding member of Dawes.