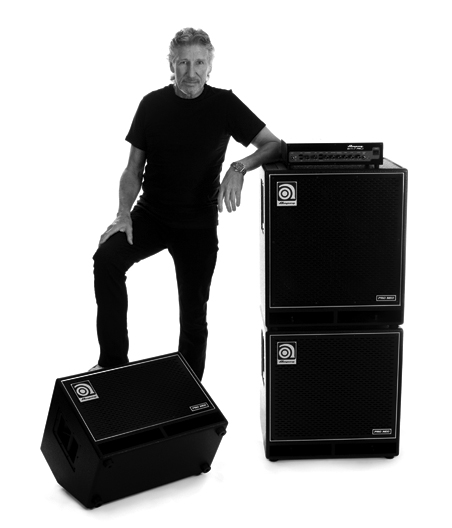 George Roger Waters (born 6 September 1943) is an English musician, singer-songwriter and composer. He was a founding member of the progressive rock band Pink Floyd, serving as bassist and co-lead vocalist. Following the departure of bandmate Syd Barrett in 1968, Waters became the band's lyricist, principal songwriter and conceptual leader. The band subsequently achieved worldwide success in the 1970s with the concept albums The Dark Side of the Moon, Wish You Were Here, Animals and The Wall. Although Waters' primary instrument in Pink Floyd was the bass guitar, he also experimented with synthesizers and tape loops and played rhythm guitars in recordings and in concerts. Amid creative differences within the group, Waters left Pink Floyd in 1985 and began a legal battle with the remaining members over their future use of the group's name and material. The dispute was settled out of court in 1987, and nearly eighteen years passed before he performed with Pink Floyd again. It is estimated that as of 2010, the group have sold over 200 million albums worldwide, including 74.5 million units sold in the United States.