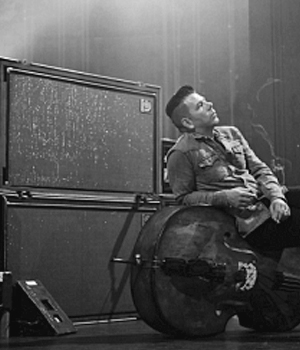 The Living End is one of Australia's hottest rock 'n' roll exports. The three-piece punkabilly group from Melbourne started out in 1994 as hardcore fans of the Stray Cats and went on to have the highest-selling debut rock album in Australian music history, exploding with six singles and scoring ARIA Awards in 1999 for Best Group and Best New Artist. An urgent yet rowdy mix of up-tempo rockabilly and pop punk, The Living End has earned the most Jack Awards (a popular Australian music awards ceremony sponsored by Jack Daniels whiskey) of any band in their country. Self taught, Scott Owen mastered the upright or "double bass" by studying rockabilly bands, and boasts two of the fastest chording and plucking hands in the business. Not limited to the "rockabilly slap," Owen often switches his playing style, making you believe he's playing an electric bass.