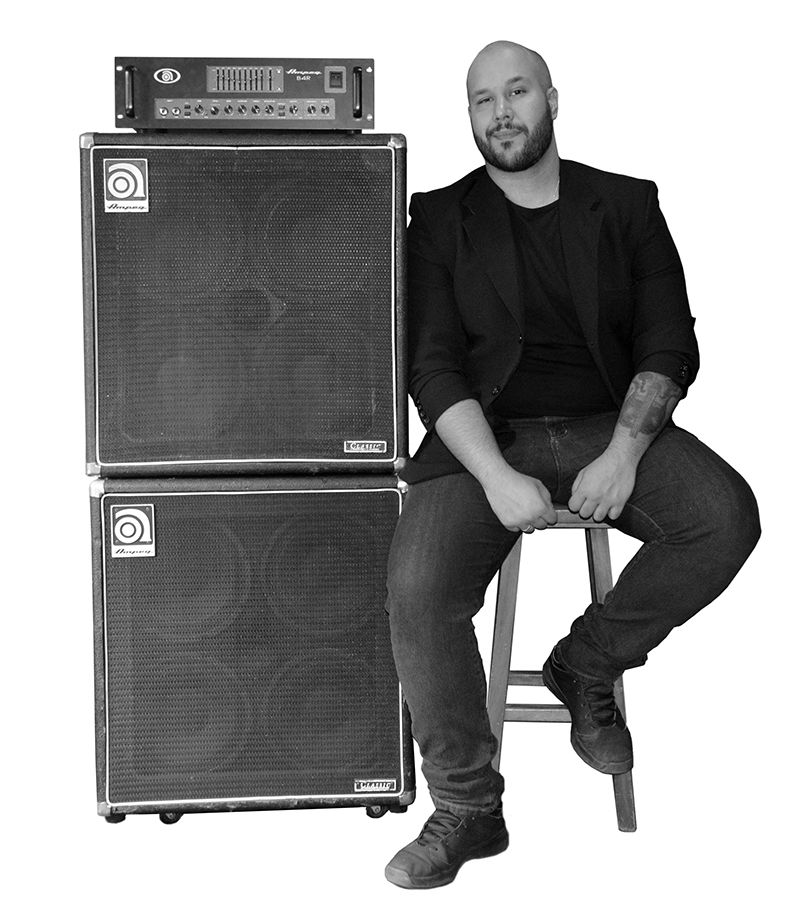 Back in 2001, Bernardo began his musical journey playing in the Brazilian Metal scene of Belo Horizonte, the same city where brazilian metal legends Sepultura and OverDose born. Starting as a guitar player due to the lack of left-handed instruments available on his hometown, this was the way he found to start what he wanted to do, music (since he listened Black Sabbath for the 1st time with his mother, at the age of 8). In 2004 his musical dedication led him to more professional groups and he started the journey through the bass world, when invited to join a local band playing his first bass, adapted to a left-handed player. After playing and sharing stage with some bands from all over the world in Brazil, in 2008 he was invited to join Eminence, that led to his first tour outside the country. A routine he kept until December 2011, passing through Europe, Asia and Oceania. When he decided to move into new musical experiences. In 2014 was invited by Claudio David, the mind behind OverDose to join him into a rebuild lineup as an effort to bring the Brazilian Metal Groove legend back. Concretized in 2016 when the band made its return to the stages. Now Claudio David, Pedro Amorim (Bozó), Sérgio Cichovicz, Heitor Silva and Bernardo Gosaric are bringing the rich music of Overdose back to where it always belong: the stages. Gosaric’s main influences are the great & versatile bass player, personal friend and guru Steve Di Giorgio, followed by lowenders: Geezer Butler, Cliff Burton, Jaco Pastorius, Billy Sheehan, Geddy Lee, Steve Harris, Les Claypool, Alex Webster, Larry Graham, Stuart Zender and others bass players.