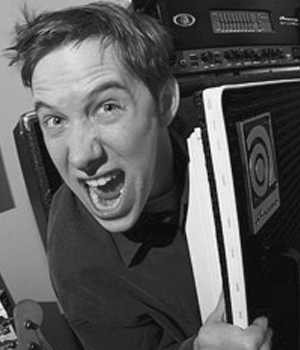 Galactic is an anomaly in the world of jam bands. Working funk and jazz into smooth, unhurried grooves built in and around flavorful New Orleans and R&B instrumentals, Galactic pulls back on showcasing their skills and lets the myriad of rhythms take over. Like seasoning, it's the subtle incorporation of blues, hip-hop, world music, latin and bebop that make Galactic one of the world's more inimitable groups. Bassist Robert Mercurio provides the backbone of Galactic's genre-defying jams, his funky bass lines setting up the band's improvisational explorations. Locking into the beat and heating it to a rolling boil, Mercurio is a vital ingredient in Galactic's musical gumbo. Where he shines is on the band's Live at the New Orleans Jazz & Heritage Festival albums (released 2005 and 2006), making his bass literally dance and swing through every track.