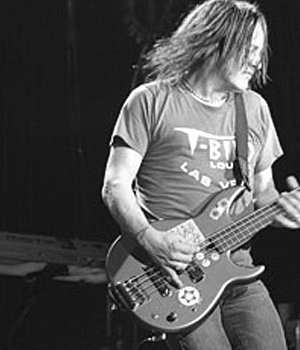 In 2006 the Goo Goo Dolls celebrated their 20th anniversary, the road behind marked by their early days as starving indie artists and college radio favorites, to being ill-marketed as a metal band and hitting their stride as melancholic pop artisans with a dozen songs easily landing in Billboard's Top 25 Modern Rock charts. To mark this milestone, the Goo Goo Dolls released their eleventh album, Let Love In, and with the title track and third single, achieved twelve Top 10 hits — a record in Billboard's Adult Contemporary chart history. Since the band's formation in 1986, bassist and co-vocalist Robbie Takac has been a guiding light through the band's shift from harder pop rock to their more contemplative melodies and harmonies. Takac's relaxed tones and basslines are a corresponding backdrop to vocalist/songwriter Johnny Rzeznik's acoustic-driven ballads, the balance behind the Goo Goo Dolls accessible sound.