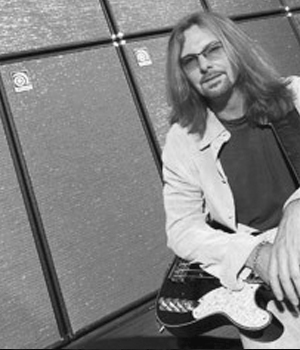 Ricky Phillips is one of rock's "go-to" bass players. A member of cult pop faves The Babys and Bad English, Phillips has done session and live work with everyone from Jimmy Page, Mick Jagger and Jeff Beck, to Joe Satriani, Roger Daltry and Joe Cocker. But where he hangs his hat these days is with arena rock giants Styx, having joined the band in 2004. A jack-of-all-trades, Phillips has done it all: writing, performing, singing, producing and engineering sessions for a myriad of artists, film and TV. You'll even hear his work on CNN music intros and Nickelodeon, the children's channel. A master of all styles (jazz, bebop, flamenco, blues), it's his rock skills that are usually called into service. This made him a natural choice for Styx, whose multi-platinum arena rock legacy is comprised of the more meticulous arrangements in rock.