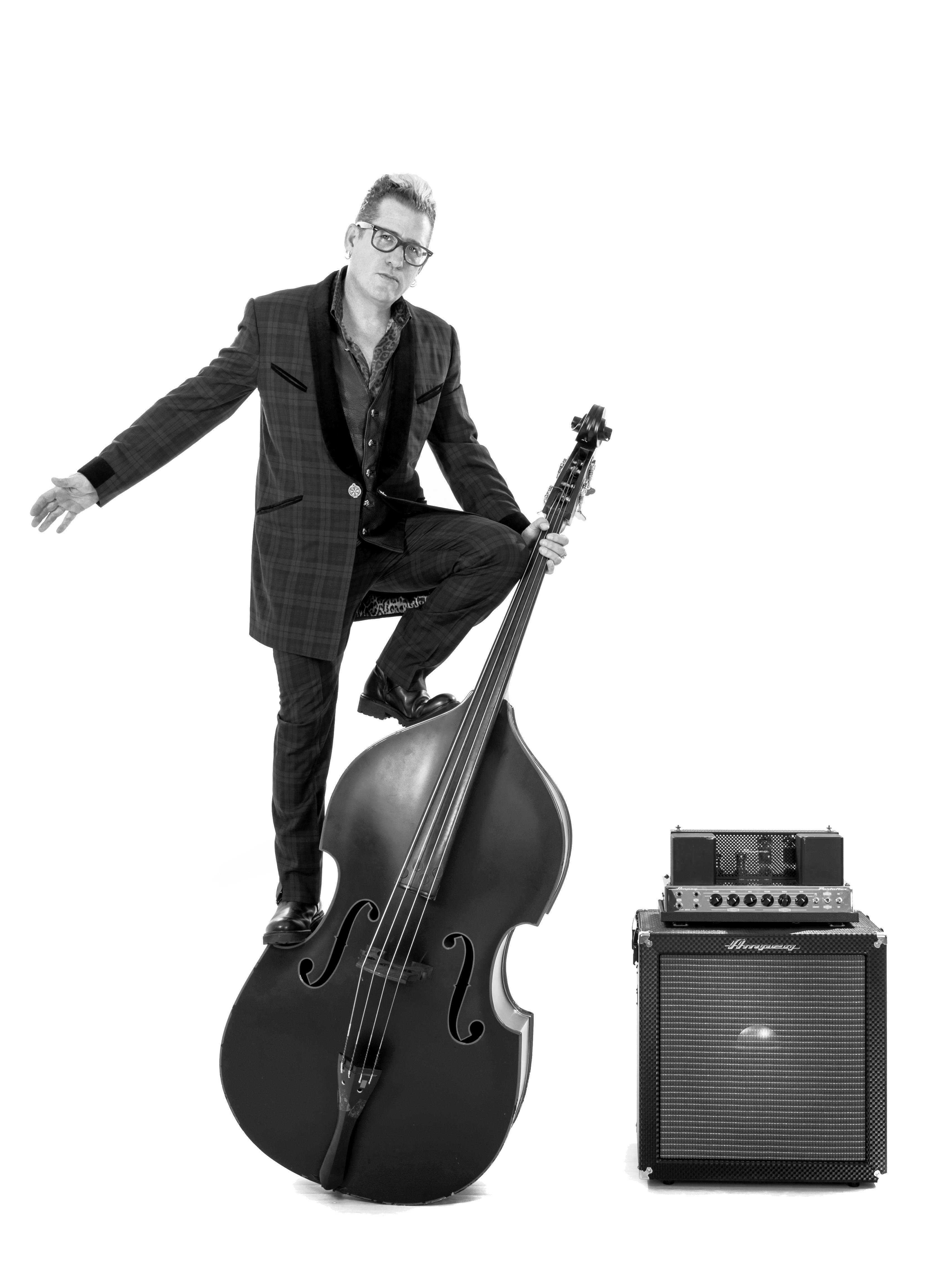 Driven by a passion for Rockabilly at an early age, Lee got his first upright bass at 16 years old, started a band and began to make history.  Practicing until his fingers bled and honing his chops, by 1980 the band moved to London and became the "Stray Cats". Lee Rocker is well known for putting his entire body into playing the upright, and will climb, stand on and rock his bass without missing a beat.  Co-founded by Rocker, the Grammy-nominated Stray Cats have sold nearly 10 million albums and garnered an astounding 23 gold and platinum certified records worldwide and remain a radio staple, were music video pioneers at the infancy of MTV, and repeatedly brought rockabilly music to the top of the charts