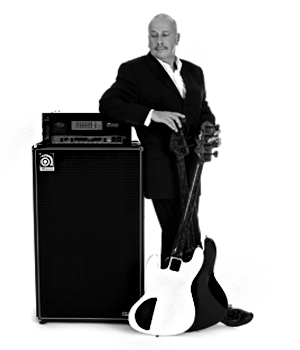 Even if you haven't heard the name, you most certainly have heard his bass contributions with artists like the Neville Brothers, Elton John, Jackson Browne, Crosby, Stills, Nash & Young, Merle Haggard, Willie Nelson, Garth Brooks, Bruce Hornsby, Lyle Lovett, and Jerry Lee Lewis. As a youngster Hutchinson played mandolin and guitar in bluegrass bands but was moved to the bass after seeing Wilson Pickett in concert. Growing up in the folk-blues revival movement in the '60s, he was mentored by the Grateful Dead's Mickey Hart and immersed in a miasma of genres that formed the wide-reach of his bass skills. Jazz, latin, blues, country, reggae, R&B, rock... Today Hutchinson is a walking encyclopedia of music styles. Hutchinson currently plays bass for blues legend Bonnie Raitt, a gig he started in 1981 after her bass player left just three days before a national tour. He's been touring and recording with her every since.