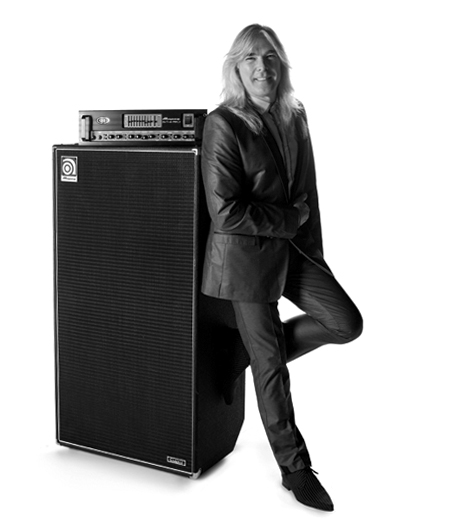 From their iconic logo and thundering rhythm section, to Angus Young's high-voltage guitar and Brian Johnson's endearing metal shriek, AC/DC is synonymous with hard rock, and in 2003 were rightfully inducted into the Rock and Roll Hall of Fame. AC/DC hold the distinction of having the biggest selling rock album of all time (Back In Black) with 42 million copies sold worldwide. With over 150 million in total catalog album sales, AC/DC is one of the most successful rock groups ever. Strip away the slash 'n' burn riffing and full throttle vocals and you'll find bassist Cliff Williams, part of a bass/drum tag team that pounds out AC/DC's emblematic grooves. You won't find Williams (who joined the band in 1978) playing fancy fills, but his proprietary tone and rock steady meter are central to the band's instantly recognizable crunch.